This December, return with me to Titan. Subscribe now and I’ll let you know when the book is released. 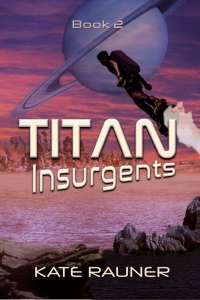 The only colony on Titan shatters into factions, and Fynn becomes a reluctant rebel leader. His sister seized control of the cult that brought them to the frozen moon, but her tyrannical rule drives them farther apart.

Only Fynn and his friends see the frozen moon’s dangers and wonders. Only they can keep the dome’s erratic life support running. Enduring the cult’s oppression may be the only way to survive. Can Fynn save them when they’re pushed too far?

I’m scrubbing out the last typos and grammos. At least, I hope they’re the last. A few always sneak in from an alternate reality. But I plan to release the new story the first weekend of December 2019, so subscribe to receive an email alert or watch this blog.

How did Fynn get into this mess? Catch up now. Titan Book 1 is, of course, available on Amazon and Kindle Unlimited. If you have KU, you already paid for this story, so why not read it now? 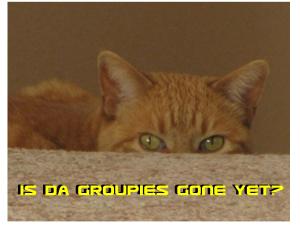 Harvey posed for the cover of Glory on Mars

In Glory on Mars, colonists take a cat with them to Mars, and he figures in a pivotal discovery. One reader says, given the title, the cat’s name should be Glory.

Once a book is published, I think the author is no more an expert 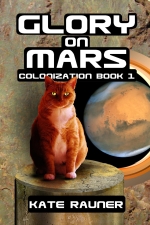 than any reader – maybe less so. The author is burdened with threads that didn’t work and abandoned versions that were changed – while the reader knows the story.

So perhaps readers should decide – what’s the cat’s name? I could add his name to the next edition.

Update: Readers really don’t like the cat not having a name. This surprises me – I’ve personally owned “lone cats” who never had a name beyond “The Cat” and they didn’t seem to mind. My current tabby – the model for my cover – is convinced he’s the only cat that matters even though I have a second cat! (And had a third until recently.)

The cat in my story plays an important role at one point – he offers a clue to survival – but is not a main character. He’s a real cat – no magic. Just a cat. That’s always been enough for any act I lived with. What do you think? 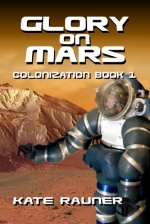 UPDATE: For 2017 I’ve put out a new book cover for Glory on Mars. It’s more science-fiction-y (I hope) and less quirky. So Harvey can retire from his modeling career – but to tell you the truth, he doesn’t seem to care much.

UPDATE AGAIN: I jazzed up the cover a bit more. Take a look. 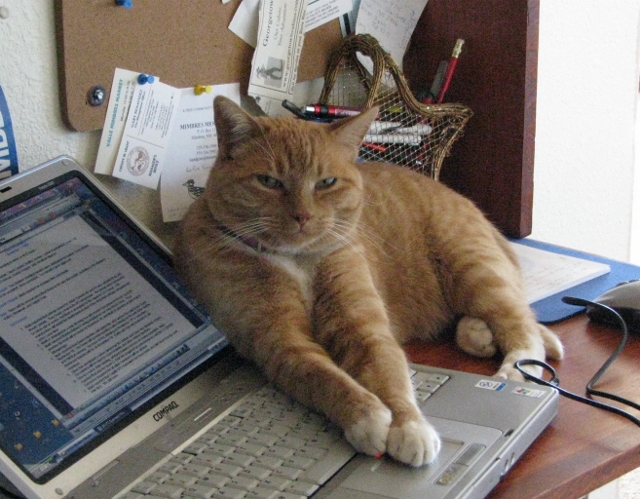 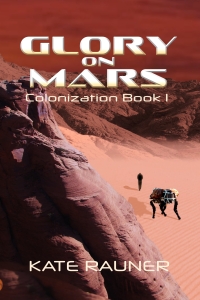 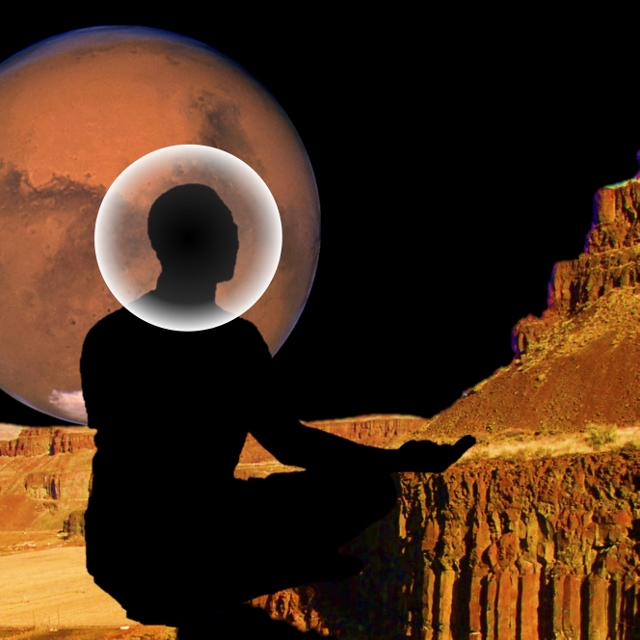 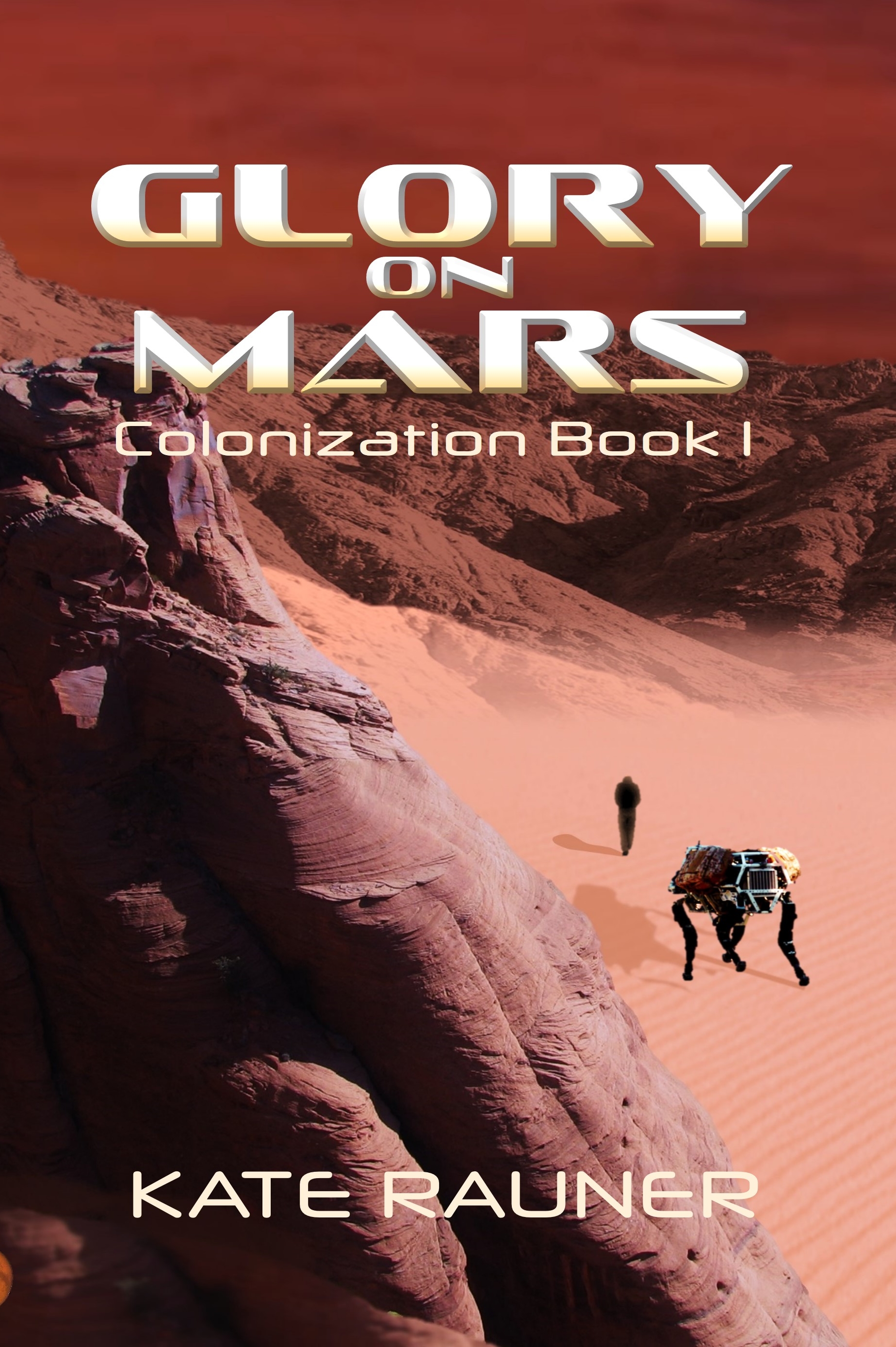 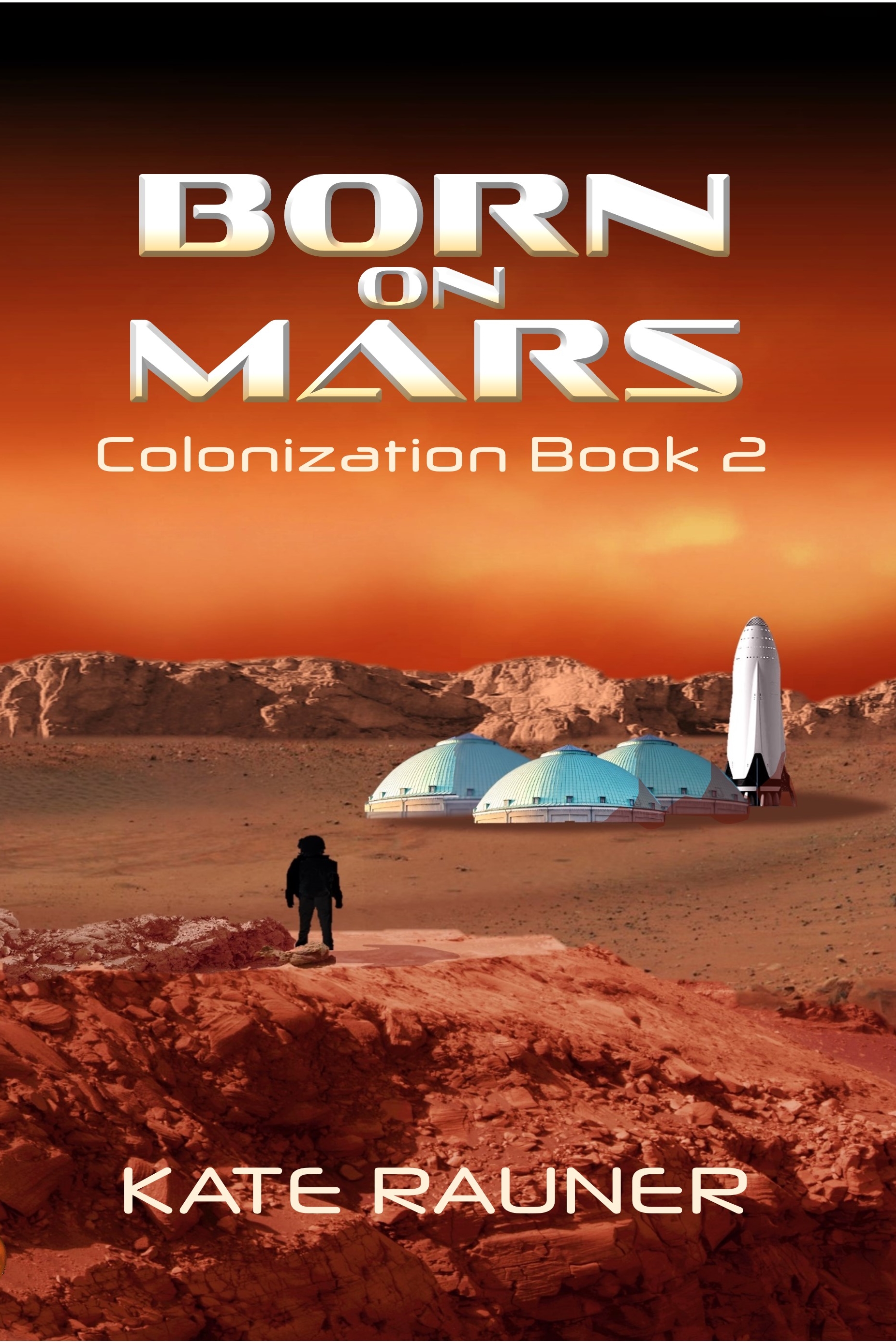 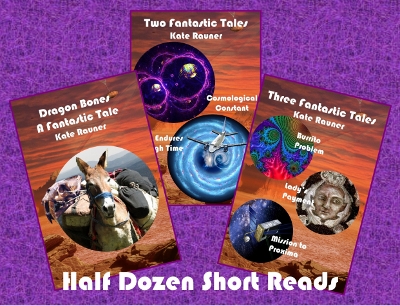 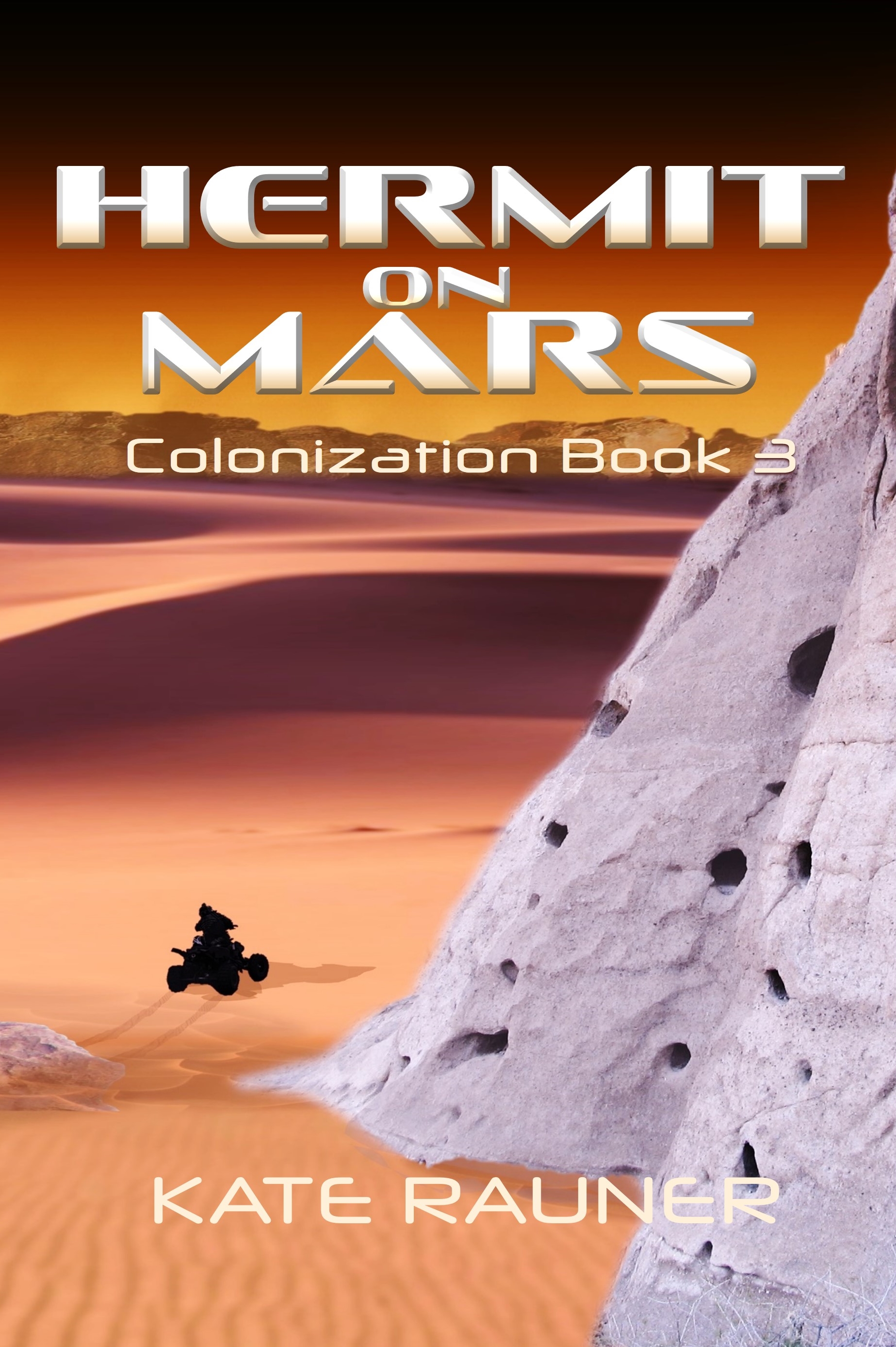 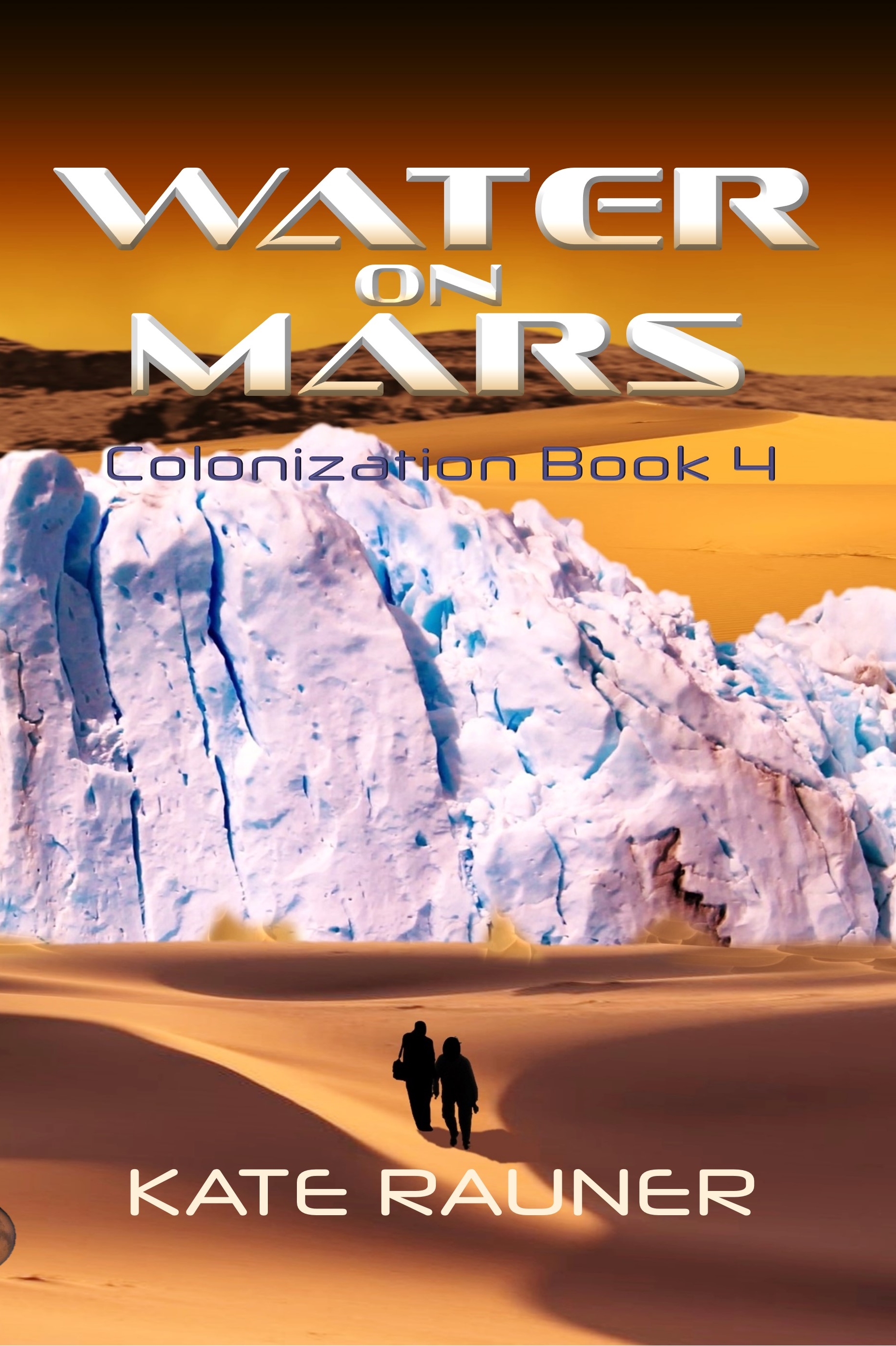