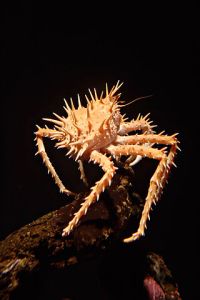 Protecting the environment doesn’t have to mean sacrifice – at least, not in the world’s fisheries.

Fish populations are crashing in most of the world’s fisheries and it looks like remaining fishermen will fight each other to be the one who kills the last food-fish. That’s a sad dystonian view of the future.

Fish Up, Jobs Up, Money Up
A type of quota system called catch-share or fishing-rights is turning failing fisheries around. In Australia, Belize, Chile, Denmark, Namibia, the United States, and elsewhere, catch-share has accomplished something amazing.

In the U.S., since 2000, there has been a 70% drop in the number of overfished species. The number of fish with rebuilt populations has risen from zero to 39. At the same time, the number of jobs in fishing has risen by 31% in the past three years while revenue has risen 44%.

The total catch allowed is set by scientists using their latest data and each fisherman is allotted a percentage of that total. All fishermen have an incentive to use best practices and police their own waters. They advocate to protect spawning groups so there will be more fish, reduce wasteful “by-catch,” and police each other against cheating. It works when the quotas are rigorously and fairly enforced, so a country must have enough political will.

Enforcement was beautifully illustrated on the season premier of Deadliest Catch. As all the crab fishing boats waited for noon – the legal start of the season – a Coast Guard helicopter patrolled overhead. One captain made a mistake and dropped his first crab trap at 11 o’clock instead of 12 o’clock – realized his mistake, and radioed the Coast Guard to report himself. Self-reporting is a key element of the system – the Coast Guard told him to empty the trap and start over. Punish cheaters and reward those who play fair. It’s working – crab populations and quotas are up this year.

Catch-share turns the classic Tragedy of the Commons into triumph. It will take long-term discipline to support data collection year after year, and to fight the human desire to cheat. It’s a job that will never be done – but then, commercial fishing will never be done either – if we show enlightened self-interest.